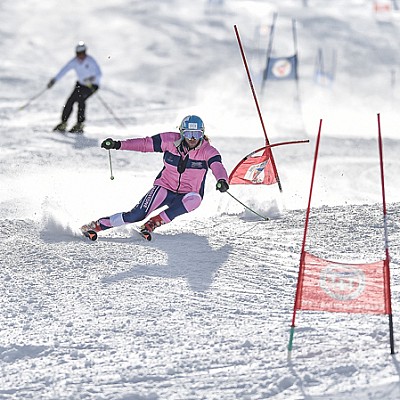 As a winter Olympian based in London, Ed has fought an uphill battle through his racing career. Having vocalised his Olympic dream at 6 years old, his relentless drive and willingness to make the hard sacrifices lead him to the 2010 Games, multiple World Championships and World Cup competitions.

He not only represented Great Britain in the 2010 Vancouver Olympic Games as Britain’s #1 Alpine skier, but was Britain’s #1 in Ski Cross after one short year on the World Cup Ski Cross circuit (the only British man to become #1 in two different winter sports). Although he lives on an island that is not renowned for its winter sports, he has excelled and become one of the world’s elite athletes at one of the most extreme and challenging winter sports.

Alongside competing, Ed served on the British Ski and Snowboard Board of Directors for over 2 years, working hard to shape the system for future athletes. He has spent his career coaching children/youths and adults year-round, in dry/indoor slopes throughout the UK and abroad, as a way to give back to the community that has helped support him throughout his career. Ed attends prize-giving ceremonies as a way to send the message to young people that he got where he is today by doing exactly what they are doing, and he visits schools and corporations as a motivational speaker to send the message to young and older people alike, that through hard work and dedication, you can do anything you put your mind to.

The Sandstone team is composed of experienced professionals from business, the armed forces and the sporting world. We select team members based on their practical experience in leadership roles with the emphasis on communications skills. Our team members are accustomed to operating cross-culturally in many different countries in the world.